Praises of G-d in Tenach

On Devorim 4:4 Ohr Hachaim (p. 1792) says we don’t find expressions of praise for G-d in Tenach. This is because he doesn’t want the hosts of Heaven to praise him until the jews have done so. What about lord of hosts? What about Devorim 10:17?

Reading from the original Hebrew, I understand that the commentary of Rav Chaim to explain the verse ואתם הדבקים בד’ אלוקיכם  “You Jews who cling to Torah and Mitzvos  effectively make Hashem into the type of G-d He wants to be recognized as”. He then quotes a Midrash that  of all the praises that the many beings have for Hashem, the one that is most meaningful for Hashem is the title of “The G-d Of the Jewish people”.

Hashem may be described as the G-d of  the heavens, the earth or celestial beings, but the one description that is the most important and fulfills the will of Hashem is the G-d of the Jewish people. Hashem’s essence as revealed in our world is as the G-d of the nation that clings to His message for the world and follows Hashems direction and plan for all of existence.

Are we referring to the same section of Ohr Hachaim? If not, please elaborate. If you still have a question from other sources please explain. I do not have access to the English translation of Ohr Hachaim and am able to respond to the original written in Hebrew only. 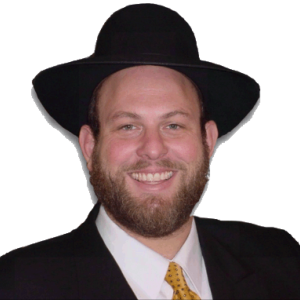 Handshakes
Vo’eira-Patronizing a Jewish store even if the price is higher
Choosing a Spouse
Celebrating From Afar
Lie Categories
Shemos-Thanking one who lent him money
A Life That Matters
Vayechei- Neighbor borrows his newspaper-Part 2
Nothing But The Truth – Part II
Vayigash- Neighbor “borrows” his newspaper
Nothing But The Truth
Filling a Need
Daily Direction
Vayeishev-Using Ma’aseir Money to save on taxes
Naming a Child
PrevPreviousWhitestrips Kosher?
NextsiyumNext